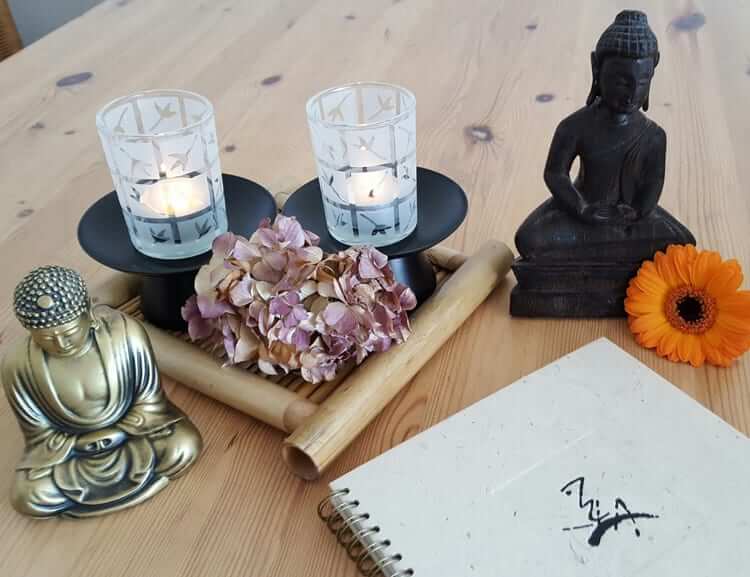 Five-Element Acupuncture is an ancient therapeutic system which developed based on observations of the human body and nature. The theory behind it is that our bodies are a microcosm of larger world, and the five elements found outside – fire, earth, metal, water and wood – exist in the body the same as they do in nature.

All of the elements have their own associated organs and emotions. In an ideal world, all of the elements should be in balance. This allows them to nurture each other without any one becoming excessive. In this situation, the organs will be in harmony and the body and mind will be healthy and free from disease.

However, the reality of daily life is that it is easy for one of the elements to be thrown out of balance. This can be due to physical or emotional trauma, or simply a genetic roll of the dice. Because of the close relationship between the elements, when one becomes imbalanced, it has a ripple effect throughout the whole body. This is when illness occurs. Five-Element Acupuncture, then, helps to balance the elements, thus restoring the body to equilibrium and health. It works on a deep, constitutional level and considers the body and mind to be closely related. This is a very holistic approach, treating each person as a whole rather than just focusing on symptoms.

Of course, all Chinese medicine is traditional. It has been practiced virtually unchanged for over 2000 years. However, the TCM which is used today has been adapted to treat large numbers of patients in a hospital setting. It is based less on observations of nature and the body, and has been developed to focus more on set formulae and prescriptions.

TCM categorizes diseases into what are known as syndromes or patterns based on the symptoms. Although it is more holistic than modern, western medicine, it does not approach the root cause of an illness in the same way that five element acupuncture does.

TCM can be very effective when it comes to relieving symptoms, but it does not always get to the source of the problem. Five-Element Acupuncture places far more emphasis on the connection between physical, emotional and spiritual well-being. It is therefore able to treat on a much deeper, more personal level.

Because each of the elements is associated with a particular emotion, this makes Five-Element Acupuncture especially effective for treating problems such as anxiety, depression, grief and addictions. And because it looks for the cause of disease from a constitutional viewpoint, treatments are tailor made to suit every individual perfectly.

Call today for your free consultation, because you are a person, not a disease.

Find out how we can change your life today

Many symptoms are common, but that doesn’t mean they are normal. Premenstrual agitation, not being able to fall or stay asleep, or frequent headaches, for example, are conditions with which we learn to live. We really don’t have to have to.

More articles for you... Welcome to MindfulLIFE Acupuncture! My name is Lesley Johnsen, and I am a Doctor of Acupuncture.  In this video, I discuss my approach to acupuncture and how I incorporate a trauma informed approach in my sessions. I also discuss Psych-K and what to expect in… Five-Element Acupuncture is an ancient therapeutic system which developed based on observations of the human body and nature. The theory behind it is that our bodies are a microcosm of larger world, and the five elements found outside – fire, earth, metal, water and wood… How to Be Happier…With Healthier Thrown in as a Bonus!

Are you interested in being happier in your everyday life? Would you like to have more fulfilling relationships, and be more content at work? Every major philosophy points to gratitude as being a cornerstone to well-being. Run a gratitude experiment of your own and test… Many people are beginning to turn to acupuncture and other alternative treatments for seasonal allergies that come along with the often hidden, seasonal changes here in Arizona. Many people in Phoenix are sensitive to the pollen in the mesquite and mulberry trees prevalent here in…